WCRA have commented on the proposed Management Plan as outlined below.

They are a mix of joint observations and requests that have been expressed to WCRA by our members.  Not all are directed at Surrey Wildlife Trust.  Some comments are directed to WBC with regards to issues impacting public usage and accessibility.

We have used the following zones designations to ease understanding of the areas discussed: 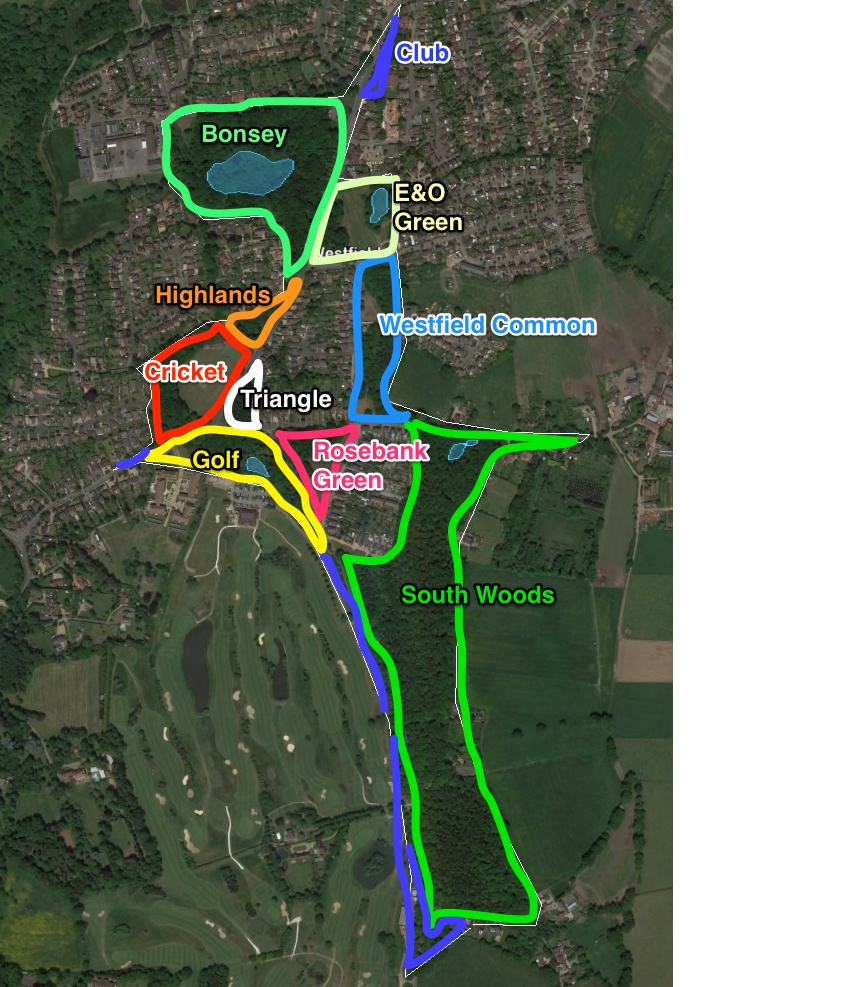 Plans are underway to develop a comprehensive management plan for the whole of Westfield Common.

Posted On 26 April 2009
Common Frog spotted in Moor Lane, 26 April 09. Conservation status The common frog is protected under the Wildlife and Countryside act 1981. This species…