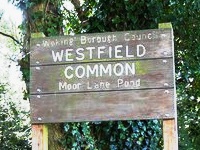 On Saturday 27th October WCRA with support from Surrey Wildlife Trust carried out a day of action to improve Westfield Common.

Despite the cold a large number of volunteers (young and old) turned out to help with the improvements.

The first project carried out was to carry-out some restoration of Moor Lane pond (Grid reference TQ 00615 56122). 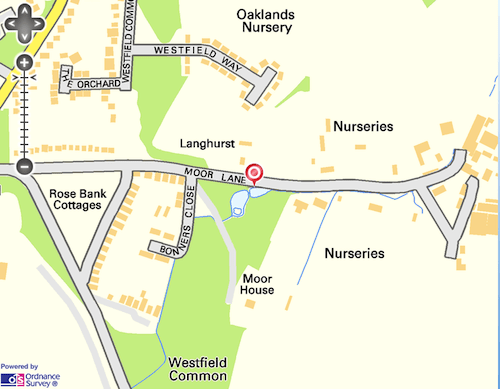 The pond is located in Westfield Common on the south side of Moor Lane and is home to a population of Great Crested Newts (a nationally protected species of amphibian).

Unfortunately the pond had been invaded by a non-native species of pond weed called Azolla which originates from North America.

In the UK, this weed has no natural predators to keep it in check and as a result it spreads rapidly starving infected ponds of oxygen which in turn has a harmful impact on other forms of plant or animals living or using the pond.

Some examples of the harm it can do includes preventing the reproductive lifecycle of Dragonflies, and trapping the young of water birds such as ducklings leading to their death.

A team of residents volunteered for the mucky tasks of removing the pond weed and cutting back some of the overgrown nettles around the pond supervised by Frances Halstead of Surrey Wildlife Trust.

The end result is a cleared pond and judging by the the contented quacks of the ducks paddling on the pond since the removal it has been a big success.

Click on an thumbnail to see a larger image. 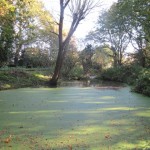 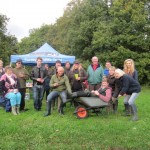 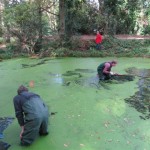 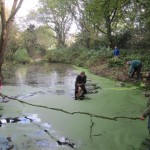 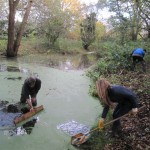 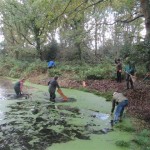 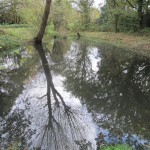 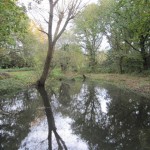 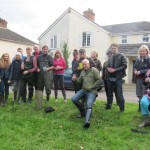 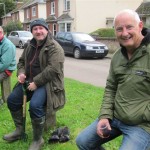 In parallel to this a number of volunteers carried out general litter and flytipping removal on the area of the common south of Westfield Way.

The good news is that there was less rubbish in this area than the last time we cleared it but the band news is that we still managed to remove a large number of bags of rubbish, building materials and other junk into a skip provided by Woking Council.

Thanks to all who volunteered!

We will no doubt be running another Big Tidy Up event in the Spring / Summer of 2013.

Watch this space for details.

Join us for a guided tour of Westfield Common with Surrey Wildlife Trust.

Posted On 3 July 2014
Following the consultation and public meeting at The Moorcroft Centre, Westfield Common on the 20th November, SWT has written a management plan for the Common.…