Don’t put up with Flytipping – Report it!

Whilst accompanying Surrey Wildlife Trust representatives around the southern part of Westfield Common on Monday 10 September we spotted a few incidents of fly tipping that need resolution.

The attached map shows the position of the items. 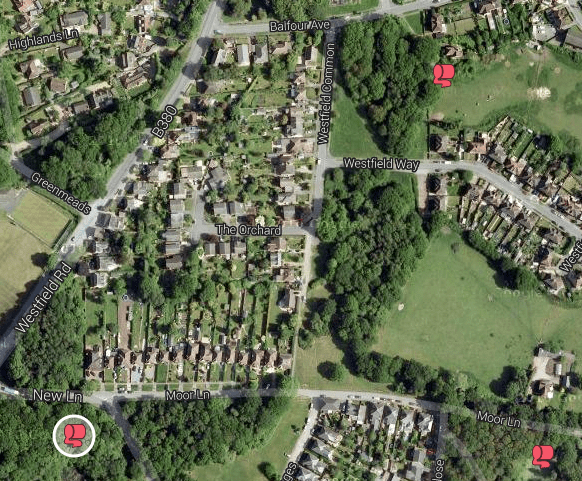 We never cease to be amazed by the amount of effort people goto to dump rubbish in the woods.  Common sense would suggest that its easier for individuals to dispose of such junk via a official recycling centre.  However in the case of some dubious commercial clearance ‘companies’ its cheaper to dump than pay to have the waste recycled or disposed in land fill.

We urge all residents to report any incidents of flytipping directly to Woking Borough Council as the Council will arrange for the junk to be removed and if possible they will track down and prosecute the offenders.