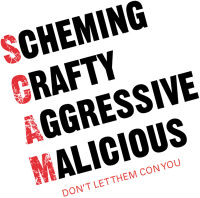 As featured on the Surrey Radio 15 March 2011 it is reported that a scam is in operation within the local area.

A resident reports his experience as follows:

The male caller had my name and said he was calling from “Crime Prevention”.

My wife and I are ex directory so I was curious.

He said that he/they had been looking at the crime figures in my area and would like to send somebody round to talk with me.

I asked him “Are you from the police?” Reply was “ Crime Prevention”

I repeated the question and got the same answer. I challenged him and said you sound like a private company and I do not do business on the telephone. I put the phone down. I rang 1471 and was told the number had been “Withheld”

I rang the police, passed on the information and said I thought it was a scam. They were interested and said they would check it.

I presume a “salesman” would have arrived and would have had to have a look round my property and obviously check out what security was already in place. If this is a scam it seems a good way to find what is available in the home and just how easy it is to get in. If other people have had these calls then it may be a good idea to tell the police and not let anyone in even if they do “appear” to be legal.

Posted On 23 July 2012
On what feels like the first day of summer, we headed off down Moor Lane for a stroll to take in the country air, and…

Posted On 28 June 2009
I am hearing reports of increased anti-social behavior and fly tipping in Westfield Common including fires being started in the woods, drinking / smoking dens…