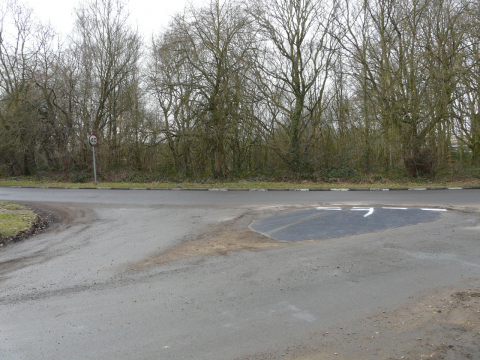 28 Apr 2009: Transcript of an email to a local resident from John Masson, Principal Engineer, Surrey Highways

“With regard to your query, the background to the removal of the small grassy island is as follows:

I had a query from one of the residents who was concerned about safety at the junction, particularly at night. He was concerned that motorists could mistakenly drive into Moor Lane instead of following the right hand bend in New Lane. I therefore carried out a site inspection, and I concurred with his view that safety could be improved by making the junction more conspicuous. To this end the small, off-set island was removed, the carriageway resurfaced and proper junction markings put down. This was intended to be a minor, pro-active non-controversial job to improve road safety – something which Surrey County Council takes very seriously. The last thing we wanted to do was upset the residents.

Following removal of the island, several residents asked if it could be put back. They said that they thought speeds in Moor Lane had increased as a result. I offered to carry out a discrete survey of vehicle speeds to see if there was a problem, but I told them that the island could not be reinstated in its original state, as it was not kerbed or lit and did not have the appropriate signs on it to guide drivers around the island.

The “new” island appeared some time later, in a different position to the original island. It not only made the right turns into and out of Moor Lane very tight, but the centre line of the road led drivers straight into the island.

As the island was a safety hazard and was put in without the permission of the Highway Authority, a corporate decision was taken to remove it.

That is not to rule out altogether the construction of an island at the junction, but it needs to be properly designed and constructed in the proper position. It could then enhance road safety rather than compromising it. This I have mentioned in my e-mails to some of the other residents.

I hope that this clarifies the situation.

Posted On 28 March 2009
28th March 2008: Residents were pleasantly surprised to find that the Moor Lane Island had been restored overnight to prime condition. The island, which has…