Drilling for blue gold at Enacot 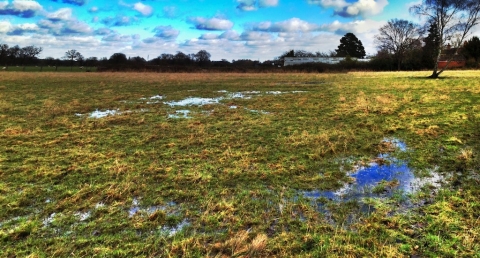 Is there a lot of water under the Kingsmoor Park development site?

A recent discovery demonstrates that in recent historical times there was an abundant underground water supply sufficient to meet the irrigation needs of the Market Garden operations that used to work this farm land.

According to this excerpt for the London Gazette, dated 28th June 1977, the Market Farm operated from Enacot was granted an annual license to extract water from the underlying gravels and clays of the site for the purposes of irrigating the land during the March to September periods.

The Market Garden operation at Enacot only covered a small proportion of the site. The granting of the license shows that there was plentiful waters under the site and presumably that water could be removed without adverse impact on the water table or supplies for the adjoining agricultural operations (market gardening and dairy).

It also means the extraction was deemed to be sustainable meaning that it was expected that the aquifers would replenish during the winter months. 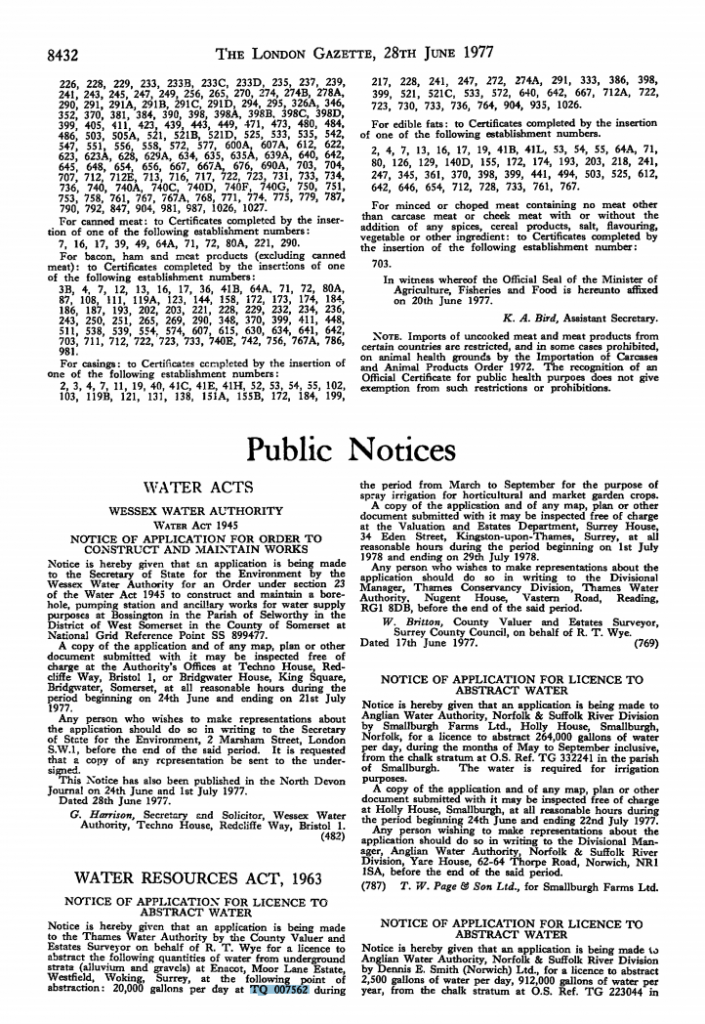 Putting that into numbers

A license to extract 20,000 imperial gallons per day over this period means that they could extract 3,680,000 gallons (16,730 cubic metres) during the total license period each year. That sound like an awfully big number but its hard to visualise.

Well to put that number into perspective, its the equivalent of 83,636 standard sized steel oil drums worth of water or if you prefer or 7 Olympic-sized swimming venues worth of water taken out from this land per year.

Just to meet the water needs of Enacot.

Just one of the agricultural operations on that land that used to extract water.

I think its fair to state that there is a lot of water down there!

Information on Stage 8 of the Tour of Britain cycle race which comes through Westfield Common on Sunday 16th Sep 2012.