And they said this would never happen….!

This monstrosity was ordered down the lane by agents of WBC to drop off a JCB so that it access the farmland to knock down houses in Westfield Way.

The vehicle was the width of Moor Lane at its widest part so it was destined to get stuck or damage the woodlands along Moor Lane.

WBC seem to have forgotten that no construction / development traffic is to use Moor Lane – a condition of Planning Consent for the site.  They have also forgotten the Surrey Highways reported that the lane was not suitable for heavy plant vehicles.

Thanks to vigilance of some residents and their subsequent refusal to cooperate with requests to move their cars this monstrosity was stopped in it tracks.

The contractors were very gracious and goodwilled about it all, laughingly pointing out that ‘we were told to come down this way’.

Once WBC checked their facts it was forced to reverse out Moor Lane. 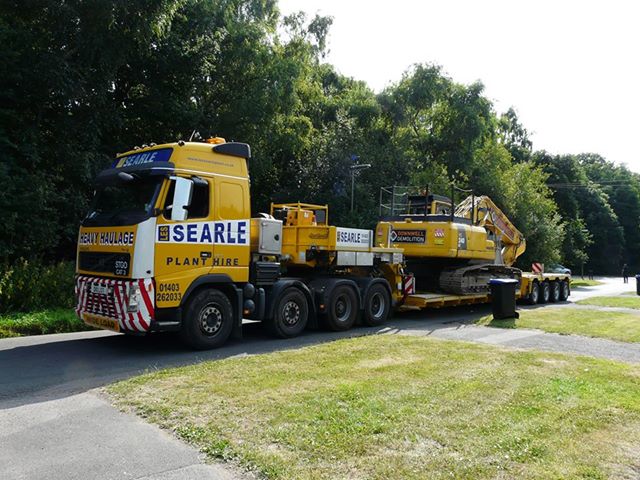 Posted On 14 May 2009
In May 2006 there should have been detailed notification of residents that an outline planning proposal was being submitted for the Moor Lane Housing Development.…

Posted On 24 October 2013
WCRA organised and hosted a meeting that took place 6-8pm at the Moorcroft Centre on Wednesday 24th October 2014. The aim of the meeting was…