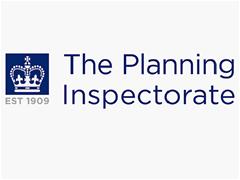 21st Aug 2012: The Planning Inspectorate has refused Woking Borough Council’s application to deregister a part of Westfield Common as common land.  Woking Council had applied for the de-registration so that they could construct an access road to the ‘Moor Lane’ site off of Westfield Way.  In the process they would remove some wet woodland habitat along the western border of the proposed housing site on the old Oaklands Nursery.

A public inquiry was held on the 27th-28th June 2012, to consider the application and representatives of WCRA attended the inquiry to object and give evidence against the application.

Woking Council had offered an exchange of land as a replacement of land consisting off:

WCRA had argued against this broadly stating that:

Helen Slade, the Planning Inspector, in reaching a decision to refuse the application stated that:

I conclude that the majority of the replacement land being offered is of a nature and character which renders it so similar to the surrounding common land that it is indistinguishable from it.  It is used and valued by the local inhabitants as part of the Common already, and thus its value as replacement land is negated.
Replacement Land South is the only replacement land which does not fall into this category. However, it is not of equivalent value in terms of nature conservation and will not be so for the foreseeable future.
On balance therefore I do not consider that the replacement land will offer land of at least equal benefit to the release land and I conclude that an Order of Exchange should not be made.

The planning inspectorate was particularly critical of the inclusion of RLN and RLW in the application (excerpts below):

The situation with regard to the Common is clearly confused and suggests that a degree of laxity in its management over the years has led to the precise extent of the Common becoming a matter of convenience, depending upon the purpose in hand.  Under the circumstances it is not unreasonable for the local inhabitants who use the Common to have understood that both RLN and RLW
were integral parts of it.  This perception has a part to play in the assessment of the value of the replacement land to the public.
I find I must agree with the objectors that both RLN and RLW have the appearance, feel and character of the surrounding and adjacent common land to such an extent that their qualification as replacement land is eroded to the point where I can place very little weight on their value in that respect.
I consider the Borough Council’s explanation of the situation with regard to public access on RLN and RLW to be contrived.  Whilst I accept that the land may not benefit, in legal terms, from a right of public access, the reality is that public access is both freely available and freely exercised; particularly in the case of RLN.

With respect to RLW it is, to all intents and purposes, indistinguishable in character from the release land and presumably subject to the same levels of access, despite its present overgrown condition.
Furthermore, as I have already discussed, both RLW and RLN are clearly  intended to be covered by the Byelaws relating to the Common as a whole, even if they are not actually registered as common land or part of the Scheme.

A full transcript of the inspectors decision can be found on the Planning Inspector portal.

From a WCRA point of view, we will be interested to see what Woking Borough Council does next given that this is the 2nd time and application to deregister this part of the common has been refused.

The Open Spaces Society have issued a press release welcoming the decision.

Posted On 1 July 2009
The report is attached (click on this link Planning Officer Report) and can be also accessed from the Woking Borough Council site here: WBC Website. Unsurprisingly…

Posted On 29 May 2010
A letter of objection was sent by WCRA to the planning inspectorate on 22 March 2010.  A copy of the letter is attached below: WCRA…