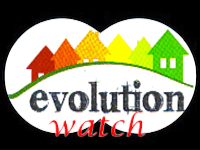 Archaeological Surveys are due to start on the site on Thursday 12th September and expect to be finished in 6 weeks (24th/25th October 2013).

The planned archaeological trial trench evaluation is being undertaken on the development site north of Moor Lane; this is following discussions with Gary Jackson, Archaeological Officer, Surrey County Council which concluded that the site had the potential to contain buried archaeological remains.

The archaeological works will comprise a number of trial trenches whose purpose will be to confirm what archaeological deposits might be present; records exist in the surrounding area of finds dating from the prehistoric through to the present day. The trenches will be excavated by an archaeological team, who will then report back their findings as part of the planning process. It is estimated that these works will take about 2 weeks.

Please note the excavations will partly be carried out with an excavator which is identical to those used to excavate foundations and drainage trenches. These excavations are purely for the benefit of the archaeological works; these are not construction works.

They will not be using Moor Lane to access the site but will enter and exit using the compound area set up by Tarmac off Quartermaine Avenue.