According to a source, there are going to be major road closures in Kingfield to facilitate the upgrade of the public sewer infrastructure to meet the anticipated need of the Kingsmoor Park development.

The works are being carried out by Thames Water, who are intending to close part of Vicarage Road for 26 weeks from 10th November. Thats right folks, 26 weeks i.e. 6 months!

Vicarage Road in between Kingfield Road and Rosebery Crecent will be fully closed to traffic during the work. The Sainsbury’s car park in Kingfield will also be closed at the start of the road closure, possibly until Christmas (shown in red in the map below):

One end of Loop Road will be closed (for a period) at the junction of Vicarage Road at the very start of the main road closure so it becomes a non-through road to stop traffic switching to this narrow residential road (shown in orange in the map below). 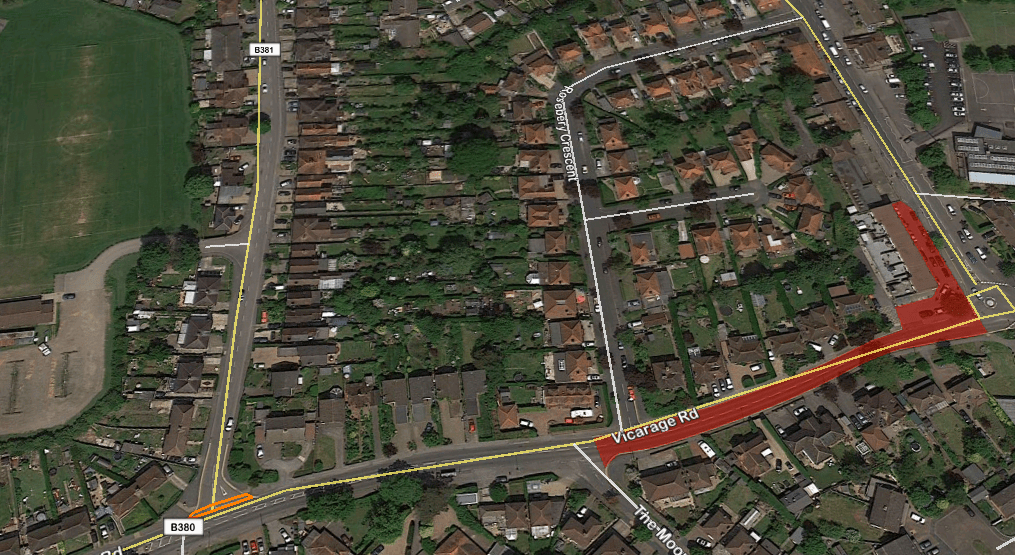 The 34 bus service will be diverted via Westfield Avenue throughout the closure of Vicarage Road.

The official diversion route will be via Egley Road, Wych Hill Lane and Kingfield Road – and signs will be placed to ensure traffic from Mayford, Sutton Green and further afield uses this route.

We are led to believe that this will not have an impact on the plans to move in the initial batch of new residents around February / March 2015 as there is some spare capacity.

Posted On 8 July 2013
A local resident reports that: Westfield Common road is still closed at 4:30 p.m. No sign of them finishing for the day anytime soon.