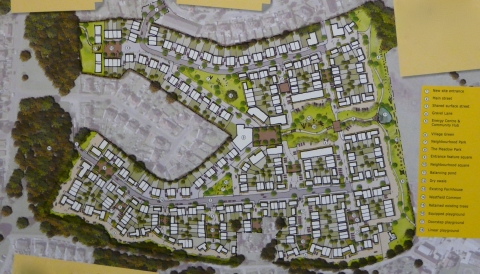 For those of you unaware there was a presentation by the two remaining bidders at Moorcroft on Saturday 19th September 2009. It was not widely advertised so you are forgiven if you missed it.

I’m afraid to report that after viewing the presentations and talking at length with many of the attendees, the general reaction to the presentations by Evolution and the Place Partnership was one of general disappointment and there was little there that was not presented at the previous consultation. 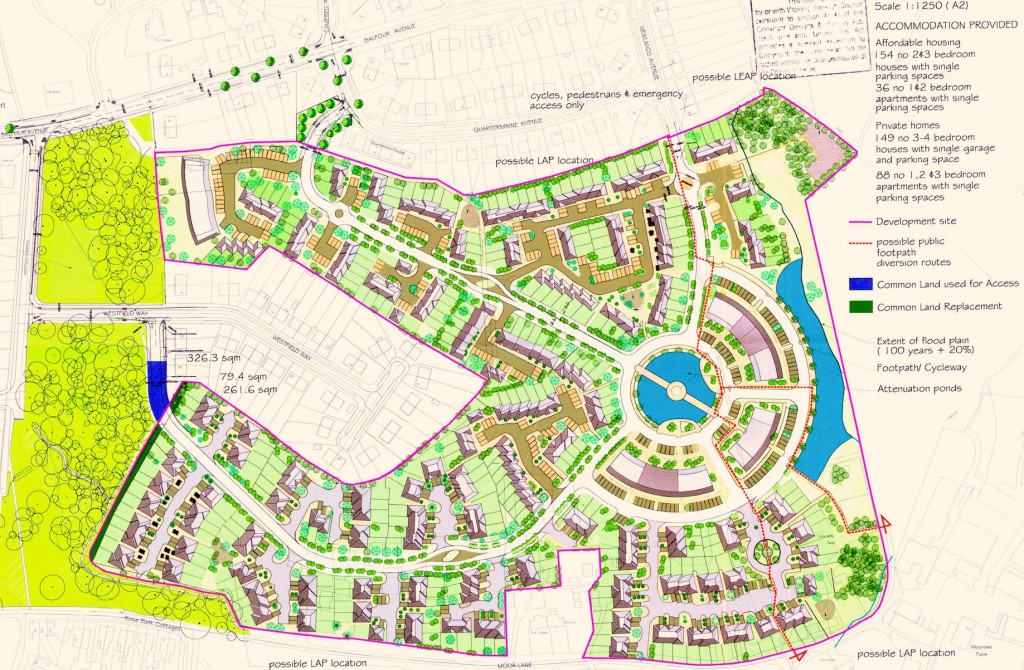 the latest drafts by the remaining bidders are somewhat more densely packed, more built up and lacking the same degree of open space, e.g. the ‘boating’ lake and green corridors. They are a stark contrast.

The first example is by Evolution (TVHA & Kier): 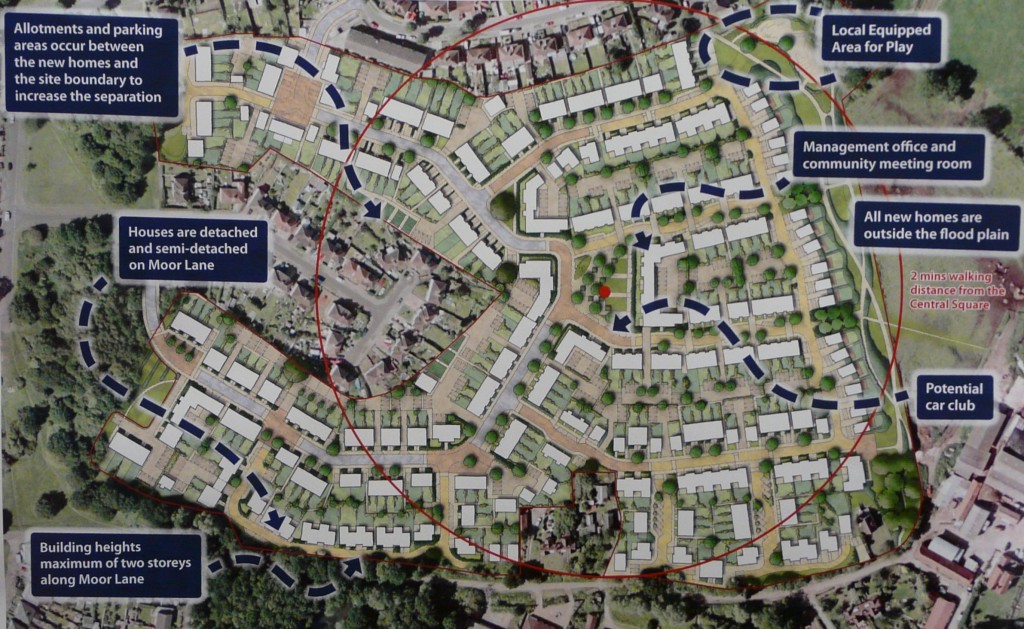 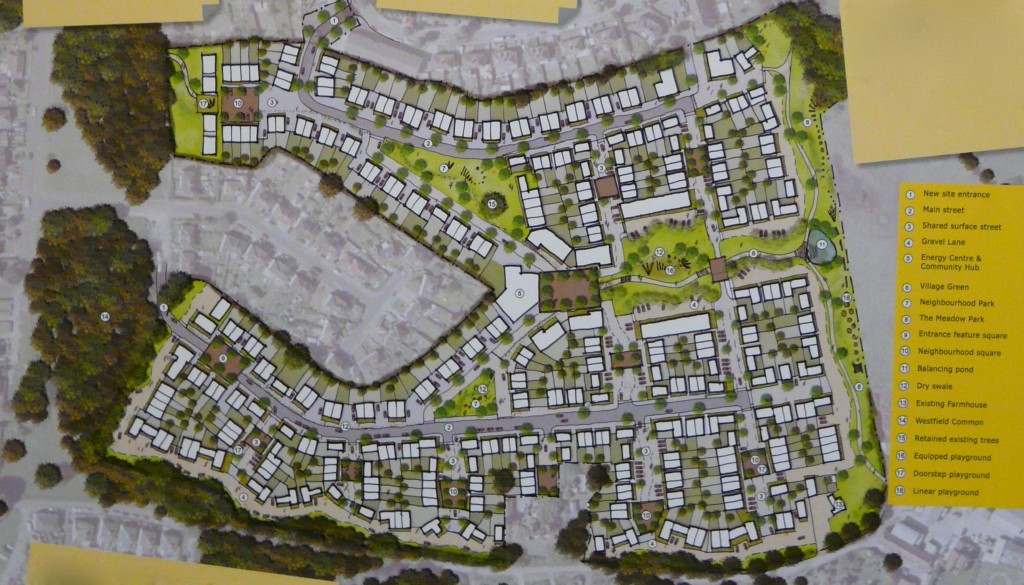 Site layout by the Place Partnership

True the ideas are still evolving but little appears to be have done to address existing residents concerns about the core issues of density, access, residential scale, lack of facilities, flooding and noise. We understand these matters go be beyond the remit of the bidders who are responding to a brief from WBC.

No representatives from Woking Borough Council

Therefore it was hugely frustrating that there wasn’t anyone there from either the Project team or planning department of WBC that could be consulted on these subjects. The bidders themselves are either unaware, uninformed or waiting for direction from WBC.

To WBC – Its not hard guys – full PROPER consultation with residents, proper reasoned dialogue and open review of the issues.

Then perhaps you might start the process of healing the rift with the local community.