Residents of Westfield Way have reported that the wrong Boundary fences are being installed on Kingsmoor Park, contrary to the previously published Site Boundary Plan and Design & Access Statement.

The approved plans stated that 1.8m high wooden fences (left most image of top row, below) would be installed around the existing residential properties of Westfield Way however instead the contractors have been installing the 1.5m fence (2nd from left, top row) that is intended to separate the gardens of the new properties. 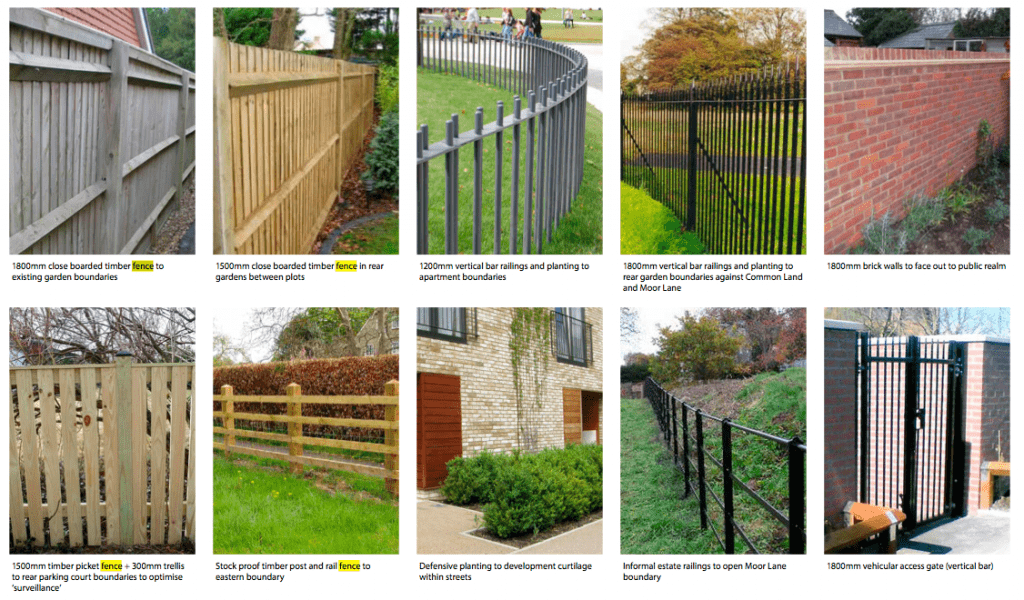 Residents are somewhat disgruntled, pointing out that this is just the latest gaff to befall the development.  Other problems that have occurred include:

The next meeting with the site developers is believed to be taking place on the 10th Feb at Moorcroft where many of the issues are expected to be aired by Westfield residents.

Tears in the Rain (the farmland the day after)

Goodbye farmland – we shall miss you.